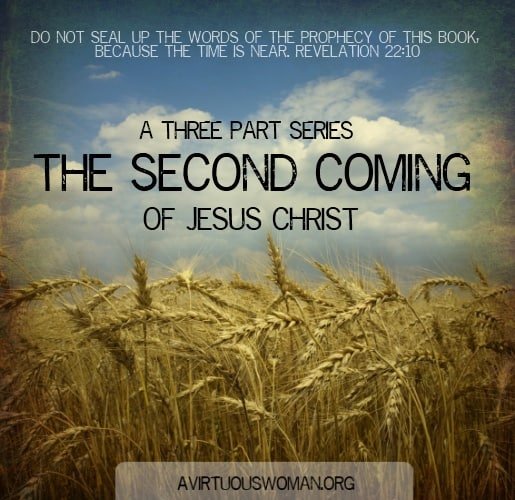 Yesterday we presented the first part of this series. If you missed it, I encourage you to read it here:

Matthew 24:27 says, “For as lightning comes from the east is visible even in the west, so will be the coming of the Son of Man.”

Psalm 50:3-6 says, “Our God comes and will not be silent; a fire devours before him, and around him a tempest rages. He summons the heavens above, and the earth, that he may judge his people: ‘Gather to me my consecrated ones who made a covenant with me by sacrifice.’ And the heavens proclaim his righteousness, for God himself is judge.”

You see, God will not be silent! He will come with a roar and a thunder and a shout that will resound across the whole world!

Jeremiah 25:30-33 says, “The Lord will roar from on high; he will thunder from his holy dwelling and roar mightily against his land. He will shout like those who tread the grapes, shout against all who live on the earth. The tumult will resound to the ends of the earth, for the Lord will bring charges against the nations; he will bring judgment on all mankind and put the wicked to the sword.”

It will not be a secret! In fact, the Second Coming of Jesus will be cataclysmic! But if that’s the case, why do so many good Christian people believe in the Secret Rapture? Well, unfortunately, it’s a case of Scripture taken out of context.

Let’s look at some key verses used in favor of the Secret Rapture.

It’s true that a thief usually robs a person in secret. Let’s look at the verse in context. Was Peter actually saying that Jesus would come back in secret?

Taking the above verse in context… Peter is definitely talking about the Second Coming. 2 Peter 3:3, 4 says, “First of all, you must understand that in the last days scoffers will come, scoffing and following their own evil desires. They will say, ‘Where is this ‘coming,’ he promised? Ever since our fathers died, everything goes on as it has since the beginning of creation….”

Picking up at 2 Peter 3:8, 9… “But do not forget this one thing, dear friends, With the Lord a day is like a thousand years, and a thousand years are like a day. The Lord is not slow in keeping his promise, as some understand slowness. He is patient with you, not wanting anyone to perish, but everyone to come to repentance.”

Verse 10. “But the day of the Lord will come like a thief. The heavens will disappear with a roar; the elements will be destroyed by fire, and the earth and everything in it will be laid bare.”

Verse 11,12. “Since everything will be destroyed in this way, what kind of people ought you to be? You ought to live holy and godly lives as you look forward to the day of God and speed its coming. That day will bring about the destruction of the heavens by fire, and the elements will melt in the heat.”

Verse 13. “But in keeping with his promise we are looking forward to a new haven and new earth, the home of righteousness.”

Verse 14. “So then, dear friends, since you are looking forward to this, make every effort to be found spotless, blameless and at peace with him.”

In Luke 21:34 Jesus gives us a warning, he says, “Be careful, or your hearts will be weighed down with dissipation, drunkenness and the anxieties of life, and that day will close on you unexpectedly like a trap.”

Notice how Jesus said “unexpectedly.” Just like a person never “expects” to be robbed by a thief, so will the Second Coming be unexpected.

Is Jesus saying his coming will be in secret, or is he warning us not to be caught unprepared?

Is Jesus saying his coming will be in secret, or is he warning us not to be caught unprepared?

Let’s look at the verse in context. “Behold, I come like a thief! Blessed is he who stays awake and keeps his clothes with him, so that he may not go naked and be shamefully exposed.”

Jesus is telling us to be ready. Is your heart ready to meet Jesus?

Now, going back to the theology of the Secret Rapture…

If you read the verses above, by themselves, you could conclude that there would be a Secret Rapture. But it is important that we never take one or two verses in the Bible and base an entire theology on them without studying what the Scriptures as a whole have to say on the subject.

Let’s look at the verses in context. In Matthew 24, starting with verse 36, Jesus tells us that no one knows the day or the hour.

“Therefore keep watch, because you do not know on what day your Lord will come. But understand this: If the owner of the house had known at what time of night the thief was coming, he would have kept watch and would not have let his house be broken into. So you also must be ready, because the Son of Man will come at an unexpected hour when you do not expect him.”

You see, again, Jesus is telling us that we need to be ready. We need to keep watch, read our Bible, study, pray, avoid temptation, and seek God’s will for our lives.

“He replied, ‘Where there is a dead body, there the vultures will gather.’”

Do you want to be the one taken? Where there is a dead body the vultures will gather… The one taken was lost! He was caught unprepared.

We are so close to the Second Coming of Jesus! Now is the time to give your heart, your mind, your soul to Jesus. Prepare your heart to meet him face to face. He is coming in the clouds!

So, to wrap it up, let’s look at what we’ve learned the Bible says about the Second Coming:

Tomorrow we will finish looking at the amazing prophecies concerning the Second Coming of Jesus Christ. I hope you’ll join me!

My name is Melissa Ringstaff and I've been blogging here at A Virtuous Woman since 2001. I'm a pastor's wife and homeschooling mom living in the beautiful Appalachian Mountains of Southeastern KY. I believe in finding freedom from perfection and living life with purpose, that's why I created Purpose 31 Planners... I know you'll love them!

Hi There! My name is Melissa Ringstaff and I believe that being a Proverbs 31 Woman isn't about being perfect. Here at A Virtuous Woman you'll find freedom from perfection and the confidence to live your life with purpose. That's why I created the Purpose 31 Planners. I know you'll love them! 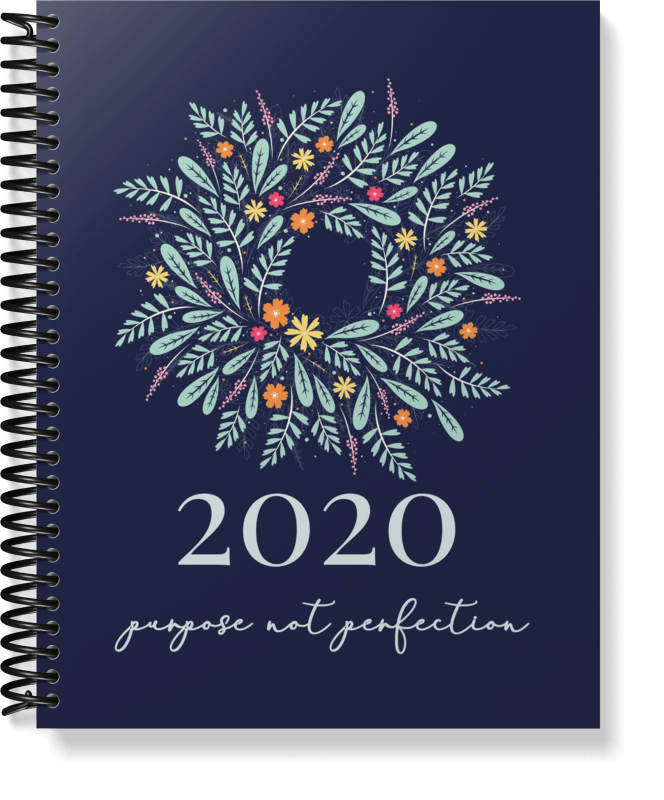 What others are saying: