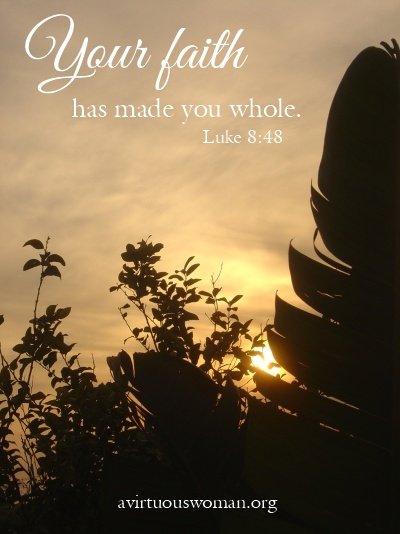 I think you’ll enjoy this reflection of Luke 8, as a response to the raising of Jairus’ daughter from a lady whom Jesus met along the way. – Melissa

After so long, it’s hard to believe that I’m free to get out and about again.

I thought that writing to you would collect my thoughts better. But while I have some wonderful news of my own, I am so excited to hear about Talitha’s recovery. I’d heard that she was so sick that the mourners had shoved their noses in to try to make everyone miserable; so you must be thrilled to see her bouncing around the house again, after her illness had come on her so quickly.

Can she really be twelve years old already? I can’t believe that’s how long since we were last able to speak to each other.

I am so looking forward to seeing her, and you and Jairus also, because we had always been such good friends. I know it was painful for him when he had to banish me from the synagogue all those years ago. But laws are laws, and who am I to try to change them?

I have missed the synagogue crowd so much. I had given up on ever going up to Jerusalem, and I had also given up on doctors. Their only help was to help themselves to my last shekel; with their fad diets and special potions to keep me coming back for another appointment. But all that is over!

I can’t wait to tell you about it, for with your worry for Talitha and your excitement about how quickly she got better you may not have heard what has happened to me.

It’s now safe for me to come near you and anyone else. I’ve been healed, by that same Joshua, the miracle worker whom Jairus took back to your place and kicked all those professional mourners out of your house.

Like I said, I’d given up on doctors and almost given up on myself. My bleeding never stopped; so all the monthly cramps and the heaviness that come with the privilege of being a woman stayed with me non-stop for twelve years. All that time I was my own worst enemy, constantly bursting into tears over the slightest little thing, and I never knew when any stains would burst or seep through all the absorbent cloth that I had to keep using. I’ll spare you the details about how the flies adopted me as a long-lost relative…

Just last week I suddenly recalled how an old rabbi once told us that pity is a powerful emotion if we direct it at other people’s needs, but he warned us how destructive it can be if we turn it in on ourselves. Don’t I know that now!

It got me wondering if that miracle worker they call Jesus could help me, for I heard that he was in town. I covered myself as best I could before going outside. A huge crowd was following him past our house, so it was easy to slip in with them. That’s when I saw Jairus pleading for Jesus to come home to heal your little girl. My moment! – I thought, so I worked up close enough to ensure no-one could see me touch his cloak.

The moment I felt the cloth, I felt my whole body tingling with warmth as the cramps and heaviness disappeared. I felt so light that I jumped, before I dipped back down out of sight. Too late, because I heard Jesus yell out, “Who touched me?”

“Come on, Master,” one of his followers said. “With so many people crushing around, you want to know who touched you?”

“I do,” he said, “because I suddenly felt weakened. Who was it?”

I could not hide, but I was terrified of the crowd because they knew I should not be outside. I fell at his feet, weeping.

“Daughter,” he called me, “your faith has healed you. Go in peace.” Imagine him calling me ‘daughter’ – as if I belonged to him! And I do belong. He honoured me in front of everyone else to declare me clean, so now I can come back to worship and anywhere else. If I had shied away and kept my healing a secret I would have achieved nothing but the need to keep convincing people who know our laws much better than me.

But now everybody knows and I am my old self again!

Let’s get together after worship next Sabbath,

Cultivating a Heart of Discipline

Join A Virtuous Woman's community of over 21,000 women where you'll find freedom from perfection and the confidence to live your life with purpose. Get my FREE BIBLE STUDY GUIDE: Cultivating a Heart of Discipline at Home!

CONFIRM your subscription so you can: - get instant access to my Free Resource Library - download you're free This is My Life! Kitchen Planner - stay updated with the latest from A Virtuous Woman You'll be glad you did! 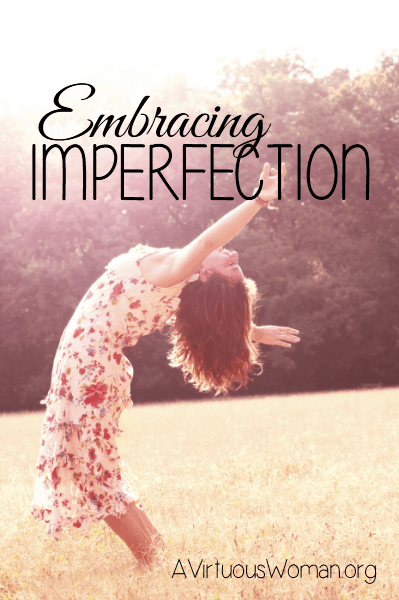 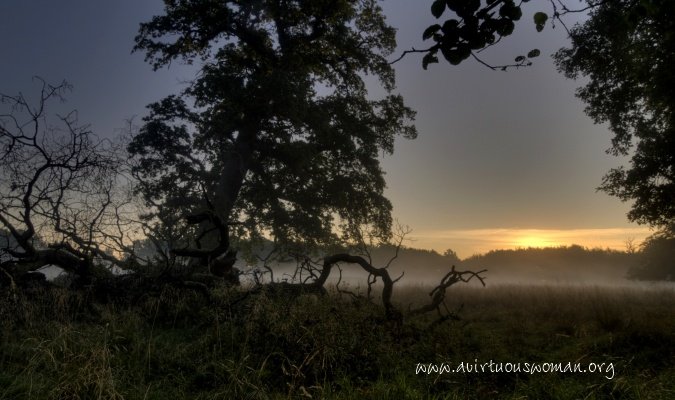 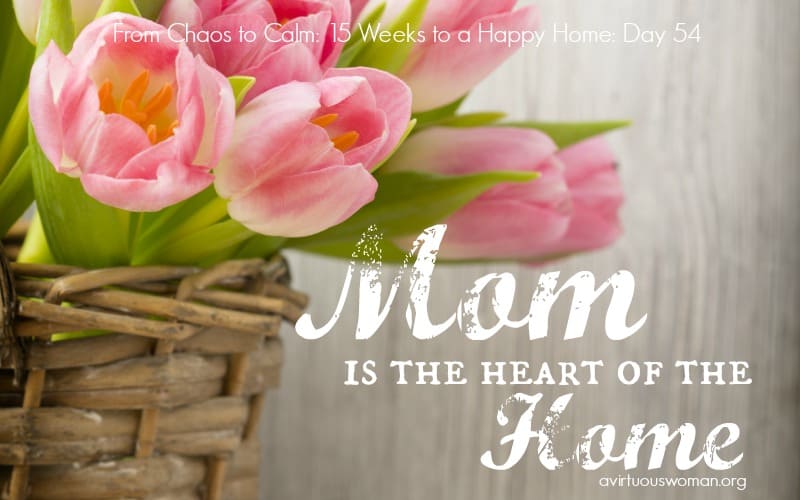 This post may contain affiliate links. You can read my disclosure policy here. From Chaos to Calm: Day 54 Scripture Memory: “Love is patient, love is kind. It does not envy, it does not boast, it is not proud. It does not dishonor others, it is not self-seeking, it is not easily angered, it keeps… 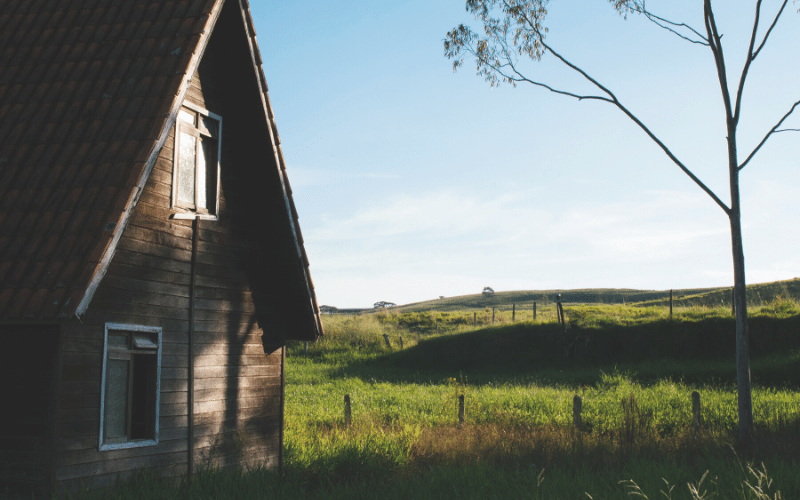 As for me and my household, we will serve the Lord. Joshua 24:15 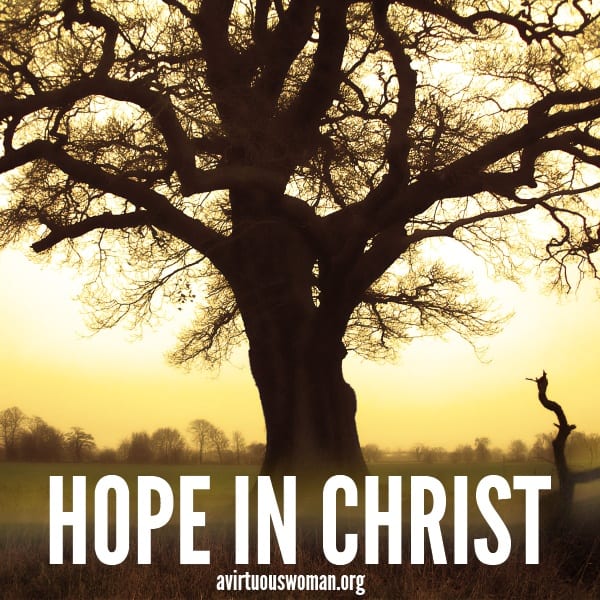 This post may contain affiliate links. You can read my disclosure policy here. If It Were Not So: Hope in Christ – Part One Psalm 78: 6,7: “That the generation to come might know them, even the children which should be born; who should arise and declare them to their children: That they might set… 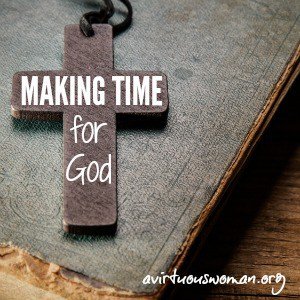 This post may contain affiliate links. You can read my disclosure policy here.  If you are like most women, you probably begin your day early, rushing to get your family fed, dressed, and out the door. You probably have a list of chores and errands that must be completed before supper time. After your evening…