Over 500 years before Jesus was born, the prophet Daniel was given an amazing prophecy where the Messiah was foretold. He predicted the exact time that Jesus, the Messiah, would come! Today we’re looking at the 70 week prophecy of Daniel regarding the birth, life, and death of Jesus Christ.

The Book of Revelation Bible Study

If you remember from our past study that we learned the book of Revelation is very much about our Lord Jesus Christ. So, I thought we would take a look at the 70 week prophecy of Daniel regarding the life of Jesus here on this earth.

Over 500 years before Jesus was born, the prophet Daniel was given a prophecy and the Messiah was foretold. He predicted the  exact time that Jesus, the Messiah, would come!

“Seventy weeks are determined For your people and for your holy city, To finish the transgression, To make an end of sins, To make reconciliation for iniquity, To bring in everlasting righteousness, To seal up vision and prophecy, And to anoint the Most Holy.

Know therefore and understand, That from the going forth of the command To restore and build Jerusalem Until Messiah the Prince, There shall be seven weeks and sixty-two weeks; The street shall be built again, and the wall, Even in troublesome times.

And after the sixty-two weeks Messiah shall be cut off, but not for Himself; And the people of the prince who is to come Shall destroy the city and the sanctuary. The end of it shall be with a flood, And till the end of the war desolations are determined.

Then he shall confirm a covenant with many for one week; But in the middle of the week He shall bring an end to sacrifice and offering. And on the wing of abominations shall be one who makes desolate, Even until the consummation, which is determined, Is poured out on the desolate.” Daniel 9: 24-27 NKJV.

What Does 70 Weeks Mean?

Verse 24 tells us that there were 70 weeks allotted to the Jewish nation. What does 70 weeks mean? Whenever we have a question about something in the Bible where do we go to find the answer?  The Bible!

One interesting fact about God’s Word is the Bible always explains itself.

In Bible prophecy, one prophetic day equals one literal year:

“After the number of the days in which ye searched the land, even forty days, each day for a year, shall ye bear your iniquities, even forty years, and ye shall know my breach of promise. “ Numbers 14:34

The 70 Week Prophecy of Daniel

When was the 70 week time period to begin? Let’s look at Daniel 9:25 again, “Know therefore and understand, That from the going forth of the command To restore and build Jerusalem Until Messiah the Prince…”

God’s people were in captivity in Medo-Persia, which you may remember, overthrew  Babylon as foretold by Daniel.  The Persian King Artaxerxes made a decree which gave permission to all the Jews who so desired to return to Jerusalem and restore the city.

When was this decree made?

Artaxerxes, king of kings, To Ezra the priest, a scribe of the Law of the God of heaven: Perfect peace, and so forth.

I issue a decree that all those of the people of Israel and the priests and Levites in my realm, who volunteer to go up to Jerusalem, may go with you.” Ezra 7: 7, 12, 13 NKJV.

The seventh year of King Artaxerxes reign was 457 B.C. So, the 70 prophetic weeks began in 457 B.C.  This is an extremely fascinating fact of the Bible that secular history recognizes.

Daniel goes on to say that there would be 7 weeks and then 62 weeks.  During this time span of 483 years  two things would happen.

What Does Messiah Mean?

“… God anointed Jesus of Nazareth with the Holy Ghost and with power: who went about doing good, and healing all that were oppressed of the devil; for God was with him.” Acts 10: 38

“When all the people were baptized, it came to pass that Jesus also was baptized; and while He prayed, the heaven was opened. And the Holy Spirit descended in bodily form like a dove upon Him, and a voice came from heaven which said, ‘You are My beloved Son; in You I am well pleased.'” Luke 3: 21, 22

When was The Baptism of Jesus?

We know the year of His baptism as Luke points it out for us:

“Now in the fifteenth year of the reign of Tiberius Caesar, Pontius Pilate being governor of Judaea, and Herod being tetrarch of Galilee, and his brother Philip tetrarch of Ituraea and of the region of Trachonitis, and Lysanias the tetrarch of Abilene…” Luke 3: 1

History tells us that the 15th year of Tiberius Caesar was 27 A.D. Exactly as Daniel prophesied the Messiah would come! Amazing! There can be no question that Jesus truly is the Messiah. He came right on time!

Okay, so we have looked at the 69 prophetic weeks (483 literal years) of Daniel’s 70 week prophecy. What about the last week or 7 literal years? Daniel said:

“Then he shall confirm a covenant with many for one week; But in the middle of the week He shall bring an end to sacrifice and offering.” Daniel 9: 26, 27

Daniel tells us that Jesus will confirm a covenant. What covenant or promise? Israel was God’s chose nation, Jesus came to fulfill Gods promise to Abraham.  “If you belong to Christ, then you are Abraham’s seed, and heirs according to the promise.” Galatians 3: 29.

Unfortunately, the nation of Israel rejected him and in the “middle of the week” (or 3 1/2 years later) Jesus was crucified and brought an end to the need for sacrifices.

You see, every time a lamb was slain in sacrifice to God, the lamb (or other offering) represented Jesus who was and is “the Lamb slain from the foundation of the world.”

We no longer have to offer a sacrificial lamb on the altar, because Jesus died for us!

“For even Christ our passover is sacrificed for us…” 1 Corinthians 5:7

Jesus was crucified right on time according to Daniel’s prophecy! He began His ministry in 27 A.D. If you add 3 1/2 years to the fall of 27 A.D. you come to the spring of 31 A.D. which is when Jesus hung on the cross. Exactly as Daniel predicted!

Jesus died in the middle of that last prophetic week leaving 3 1/2 literal years. The Jewish nation was given the 3 1/2 years to accept the Messiah. If we add the 3 1/2 years to the spring of 31 A.D. when Jesus was crucified we come to the fall of 34 A.D.

What happened in 34 A.D. to close the probation period for the Jewish nation?

In the fall of 34 A.D. Stephen preached a message to the Priests of the Sanhedrin they became angry and stoned him to death. You can read the full story in Acts 7.

“When the members of the Sanhedrin heard this, they were furious and gnashed their teeth at him.

At this they covered their ears and, yelling at the top of their voices, they all rushed at him, dragged him out of the city and began to stone him. Meanwhile, the witnesses laid their coats at the feet of a young man named Saul.

While they were stoning him, Stephen prayed, ‘Lord Jesus, receive my spirit. Then he fell on his knees and cried out, Lord, do not hold this sin against them. When he had said this, he fell asleep.” Acts 7: 54-60

The Jewish nation had rejected Christ and crucified Him. In His loving mercy, God gave them 3 1/2 more years to accept the Messiah. Sadly, the rejected Him still.

The End of the 70 Week Prophecy

It was at that point that the 70 week prophecy of Daniel came to an end:

“And the next sabbath day came almost the whole city together to hear the word of God. But when the Jews saw the multitudes, they were filled with envy, and spake against those things which were spoken by Paul, contradicting and blaspheming. Then Paul and Barnabas waxed bold, and said, It was necessary that the word of God should first have been spoken to you: but seeing ye put it from you, and judge yourselves unworthy of everlasting life, lo, we turn to the Gentiles. “ Acts 13: 44- 46

Jesus did all of this for us because He has loved us with an everlasting love!

The 70 Week Prophecy of Daniel is incredible! Are you ready to serve Him with all of your heart, mind, and soul? 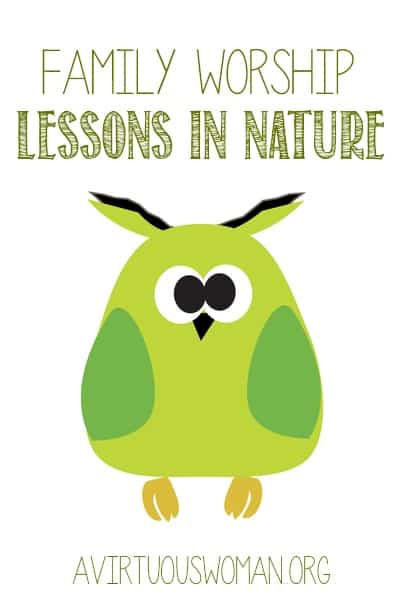 This post may contain affiliate links. You can read my disclosure policy here. This past weekend we took our church youth group (Pathfinder Club) on a camp out. I love camping and enjoying the sights and sounds of nature. I love waking up to the fresh air and a warm campfire. I enjoy worshiping God… 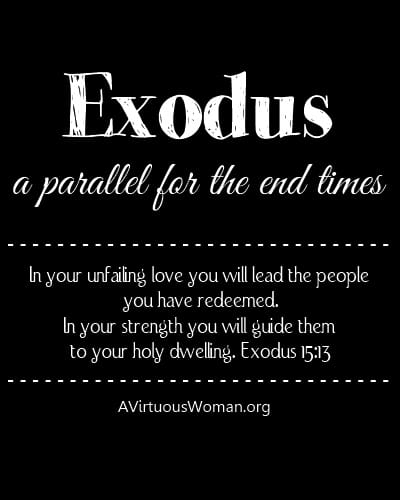 This post may contain affiliate links. You can read my disclosure policy here.Exodus: A Parallel for the End Times: #1 This morning as we walked into church I was inspired to write a series of articles on how Exodus is an example or parallel to the end times – how God protects His people and… 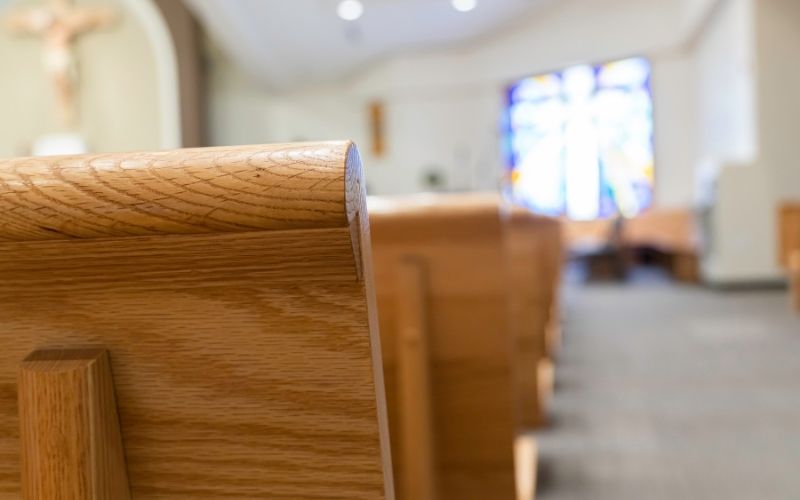 This post may contain affiliate links. You can read my disclosure policy here.Taking notes during the weekly sermon at church is a great way to remember what was said! Today I’m sharing a fun summer binder to print: my free printable sermon notes binder for summer. This free printable has space for date, Scripture reference,… 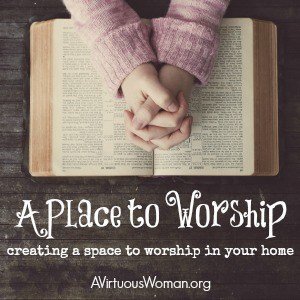 This post may contain affiliate links. You can read my disclosure policy here. How was your day?  Mine was incredibly busy. I spent the morning out with my husband shopping for food to put in the food baskets we’ll be giving away through our Appalachian Community Center. I took the kids out this weekend collecting…

This post may contain affiliate links. You can read my disclosure policy here. Yesterday we talked about Determining Your Priorities. Today we’re going to look at how to create goals and make plans based on those priorities! How to Set Priorities Based Goals Remember back in school when your teacher had you create an outline…