The Book of Revelation

Lucifer held a position of great respect and trust as a covering cherub on the throne of God. What caused Lucifer to fall? Ezekiel 28: 17 says, “Your heart became proud on account of your beauty, and you corrupted your wisdom because of your splendor. So I threw you to the earth…” NIV. Lucifer began to think highly of himself. He became proud in his heart and he was no longer satisfied with his life. He began to believe that He should be worshiped like God.

“How you have fallen from heaven, O morning star, son of the dawn! You have been cast down to the earth, you who once laid low the nations! You said in your heart, ‘I will ascend to heaven; I will raise my throne above the stars of God; I will sit enthroned on the mount of assembly, on the utmost heights of the sacred mountain. I will ascend above the tops of the clouds; I will make myself like the Most High.” Isaiah 14: 12-14 NIV.

Satan desired worship. Satan’s fall reminds me of another verse, “Pride goeth before destruction and a haughty spirit before the fall.” Proverbs 16:18.

Satan was cast out of heaven because he wanted to be “like the Most High.” He must have been angry! I am sure he is still. He desires worship more than anything and he knows that if he can deceive God’s people and distract God’s people he can steal the worship away from God.

Satan doesn’t have to work very hard to deceive those who are already “following” him. Remember, Jesus said, we cannot serve two masters.

In fact, most people do a pretty good job of sinning all on their own. However, when it comes to those who are faithfully serving Christ, Satan is angry.

[Tweet “Satan doesn’t have to work very hard to deceive those who are already “following” him.”]

The Father of Lies

Satan is the father of lies. (John 8:44) He knows that if he can just deceive God’s people enough that in the end, they will be lost. Jesus said that on the judgment day there will be people who think they are saved until Jesus tells them otherwise.

Jesus said, “Not everyone who says to me, ‘Lord, Lord,’ will enter the Kingdom of Heaven, but only he who does the will of my Father who is in heaven. Many will say to me on that day, ‘Lord, Lord, did we not prophesy in your name, and in your name drive out demons and perform many miracles? Then I will tell them plainly, ‘I never knew you. Away from me, you evil doers!’” Matthew 7:21-23 NIV.

Jesus’ words tell me that there are people who are in church every week – maybe even pastors and ministers – who “seem” to be doing all the right things, but who have been clearly deceived. They will be lost because they failed to do the will of the God.

Satan uses all sorts of tactics against God’s people.

In order to not be deceived, Jesus has given us His Word. It is more important than ever, in these last days, that we know what our Bible says! Satan knows that if he came out looking like the boogie man, no one would fall for his lies. Instead, he appears as an angel of light and his angels appear as ministers of righteousness! We must be alert, ready for whatever comes our way in order not to be deceived!

“For such men are false apostles, deceitful workmen, masquerading as apostles for Christ. And no wonder, for Satan himself masquerades as an angel of light.” 2 Corinthians 11: 13, 14

Satan is working to deceive God’s people – people who think they are serving God. Satan wants our worship. He wants to steal worship away from God! What better way to deceive Christians than under the guise of Christianity?

Remember what Jesus said, “He who is not with me is against me.” Matthew 12:30

There are many means by which Satan works to deceive including the working of miracles. “The coming of the lawless one will be in accordance with the work of Satan displayed in all kinds of counterfeit miracles, signs, and wonders…” 2 Thessalonians 2:9 NIV.

These miracles and wonders will be so effective that even God’s chosen people will be at risk for believing them! “For false christs and false prophets will appear and perform great signs and miracles to deceive even the elect – if that were possible.” Matthew 24:24 NIV. The “elect” are God’s people!

Satan will not only work signs and miracles to deceive God’s people. He is a crafty character. He will do whatever it takes to make us think we are on the right track when really we are headed down the wrong road. And he is not beyond using Scripture to deceive Christians.

Satan is not beyond using Scripture to deceive Christians – he’ll do whatever it takes!

If Satan quoted Scripture to Jesus when tempting Him (Matthew 4:1,5,6), would he not also misuse Scripture in an effort to deceive God’s people?

Satan will go to any lengths. He knows he is fighting a losing battle, but don’t think that he doesn’t know the Scriptures. His goal is to take as many Christian out with him. One of his favorite ways to mislead the people of God is by twisting Scripture and teaching false doctrines.

[Tweet “Satan is not beyond using Scripture to deceive Christians – he’ll do whatever it takes! “]

Revelation tells us that Satan is enraged at God’s church and those who do the will of their Father in Heaven. “Then the dragon was enraged at the woman and went off to make war against the rest of her offspring – those who obey God’s commandments and hold the testimony of Jesus.” Revelation 12:17 NIV.

So, how can we be sure that we are not deceived? Isaiah 8:20 says, “To the law and the testimony! If they do not speak according to this word, they have no light in them.” NIV.

In other words, if something does not match up with what the Word of God says, it has no light – no truth. This is why we need to be like the Bereans – searching the Scriptures daily! (Acts 17:11)

The Bible says that the Bereans were more noble than the Thessalonians because they searched the Bible to see if everything that Paul, their preacher, said was true. They didn’t take his word for it. They learned for themselves.

Not only do we need to test all things against Scripture, but we must have a love for truth. We must be open to whatever God’s Word reveals to us so that we are not in danger of believing a lie. We must desire truth more than anything. “They perish because they refused to love the truth and so be saved. For this reason God sends them a powerful delusion so that they will believe the lie and so that all will be condemned who have not believed the truth but have delighted in wickedness.” 2 Thessalonians 2:10-12 NIV.

[Tweet “Not only do we need to test all things against Scripture, but we need a love for truth.”]

Satan is fighting a losing battle. He will be thrown into the lake of fire and brimstone (Revelation 20:10.) Until the day Jesus returns to take us home to heave, we are fighting a battle of our own. Thankfully, God is on our side! He wants the victory in our lives! We can overcome!

“They overcame him by the blood of the Lamb and by the word of their testimony; they did not love their lives so much as to shrink from death.” Revelation 12:11

Are you ready and willing to follow God no matter what the cost? 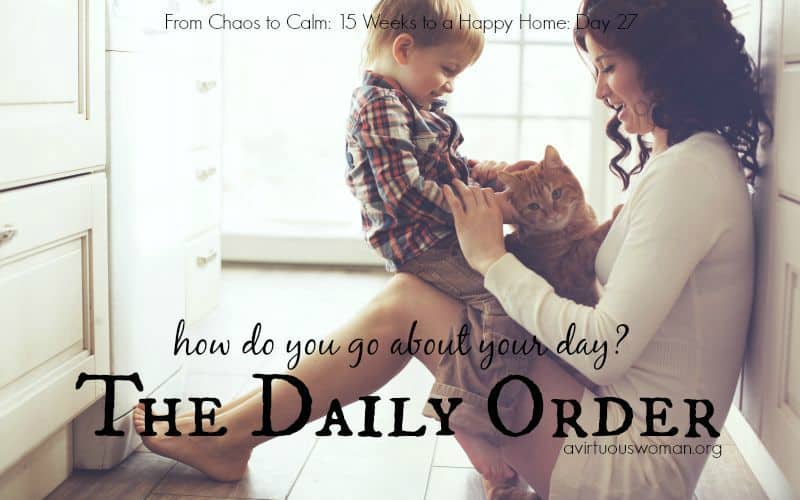 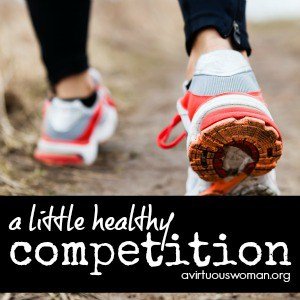 This post may contain affiliate links. You can read my disclosure policy here. So a few weeks ago my husband mentioned to me that he had downloaded an app for his iPhone that would record his steps each day. Honestly, I didn’t think much of it. I mean, I’ve been asking my husband to take… 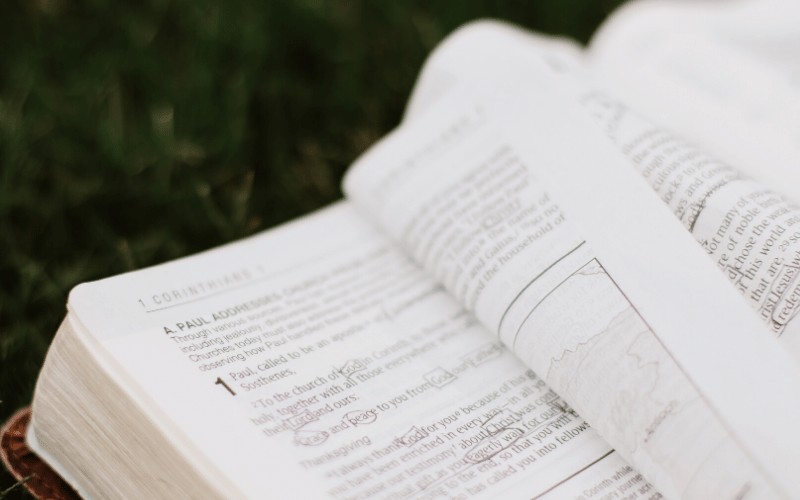 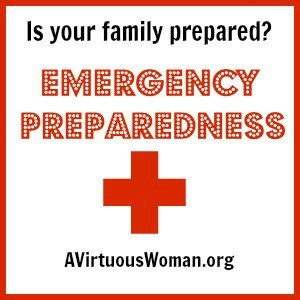 This post may contain affiliate links. You can read my disclosure policy here. Family Emergency Preparedness Proverbs 27:12 says, “A prudent person foresees the danger ahead and takes precautions. The simpleton goes blindly on and suffers the consequences.” Do you stay on top of current politics, economics, and events? My husband and I read, read,… 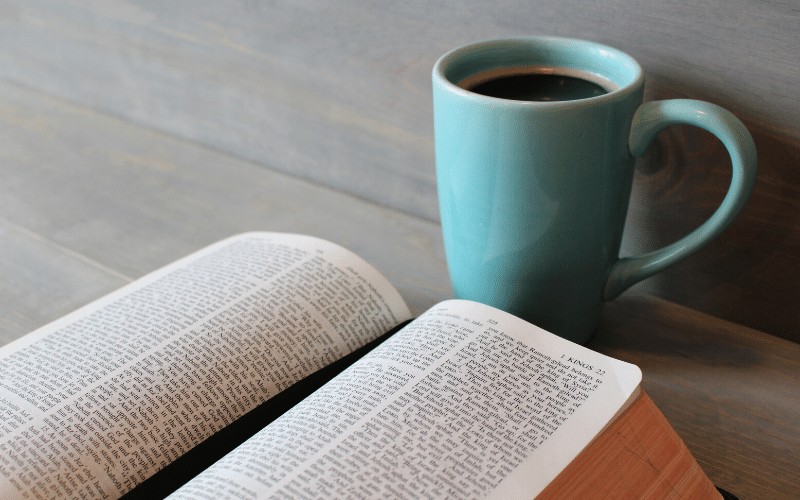 He replied, “Blessed rather are those who hear the word of God and obey it.” Luke 11:28