Why do we worship God?

“And I beheld, and I heard the voice of many angels round about the throne and the beasts and the elders: and the number of them was ten thousand times ten thousand, and thousands of thousands; Saying with a loud voice, Worthy is the Lamb that was slain to receive power, and riches, and wisdom, and strength, and honour, and glory, and blessing. And every creature which is in heaven, and on the earth, and under the earth, and such as are in the sea, and all that are in them, heard I saying, Blessing, and honour, and glory, and power, be unto him that sitteth upon the throne, and unto the Lamb for ever and ever.” Revelation 5: 11-13

God is Our Redeemer

God created our world in six days and rested on the seventh. He created the first man and woman and placed them in a lush and beautiful garden. He provided for them a perfect place to live and raise a family. He gave to them a world filled with not only beauty, but also joy.

Even before this world was created, God knew that the beauty, the joy and the peace would be short lived. Yet, that knowledge did not prevent Him from continuing with His work. You see, God knew Eve would disobey and that His beautiful creation would need to be separated from Him. Yet, He loved them so much that He allowed them to have their own free will and choose whether they would listen and obey.

There had been war in heaven and Lucifer, the most beautiful of all angels had sinned against God. He had boasted and cried out to the heavens that he would be like the Most High God. Lucifer exalted himself before all of creation and God had cast him away.

How you are fallen from heaven, O Lucifer,a son of the morning!
How you are cut down to the ground, You who weakened the nations!
For you have said in your heart:

‘ I will ascend into heaven, I will exalt my throne above the stars of God;
I will also sit on the mount of the congregation
On the farthest sides of the north;
I will ascend above the heights of the clouds,
I will be like the Most High.’
Yet you shall be brought down to Sheol,
To the lowest depths of the Pit.
Isaiah 14:12-15

One day Eve was walking through the garden and a serpent called out to her:

I would imagine that Eve was surprised at first. She probably had a small voice inside of her saying, “Don’t talk to him!” But for whatever reason, Eve stepped closer and listened.

She knew what God had said. She had known only love and goodness since the day she was created. And, still, she doubted Him. She listened to the serpent.

“And the serpent said unto the woman, ‘Ye shall not surely die: For God doth know that in the day ye eat thereof, then your eyes shall be opened, and ye shall be as gods, knowing good and evil.’” Genesis 3:4

Satan was persuading her, deceiving a child of God. He was leading her in the wrong direction. He was convincing her not to believe God’s Word. And so she thought about it. And she believed the serpent.

“And when the woman saw that the tree was good for food, and that it was pleasant to the eyes, and a tree to be desired to make one wise, she took of the fruit thereof, and did eat…” Genesis 3:6

Perhaps she felt a sense of power, or a sense of shame, or maybe she got a rush of adrenalin the way men and women often do when they think they have gotten away with something. Whatever she felt inside, it didn’t stop her from encouraging her husband to sin with her.

“… and gave also unto her husband with her; and he did eat. And the eyes of them both were opened, and they knew that they were naked.” Genesis 3:6-7

Adam, while he was not the one to initiate the sin, partook fully by taking the fruit from her hands and putting it to his lips. He chose Eve over God. Here he was enjoying another perfect day in the Garden of Eden when he sees his wife coming toward him. He must have known immediately that something was wrong. The covering of God’s light had disappeared from her and she was naked before him – no longer an image of perfection.

I can imagine his face falling as he looked over the woman he loved. The woman who had been given solely for his pleasure; for his devotion; for his companion. “Eve,” he cried out, “What have you done?” She would have explained the story to him, telling him about the serpent who had spoken to her. Telling him that the fruit was good for food, that God had not told them the truth. And he reached out his hand and grasped the fruit, knowing he would die. He had loved Eve more than he loved God.

Their eyes were opened. And they were afraid. Adam and Eve covered themselves with fig leaves to hide their shame. Fear caused them to hide from their Creator. And when God called to them, they didn’t take the blame on themselves. They placed the burden of sin on someone else.

On the day of judgment, we will each have to stand on our own. We will not be able to blame our spouse, our parents, or our miserable circumstances. We will stand alone and accept responsibility for our own sin.

This sad story has a beautiful ending – a promise. God had known before he even spoke the first words; calling the world into existence; that His beloved children would sin against Him. He knew their disobedience would come. And He had a plan already in place.

“And the LORD God said unto the serpent, ‘Because thou hast done this, thou art cursed above all cattle, and above every beast of the field; upon thy belly shalt thou go, and dust shalt thou eat all the days of thy life:

And I will put enmity between thee and the woman, and between thy seed and her seed; it shall bruise thy head, and thou shalt bruise his heel.'” Genesis 3:14-15

In this verse, at the very beginning of the Bible, we see God’s first promise of a Savior. He knew we would need a way out. In His loving grace and mercy, a plan was set in motion that would give the entire world a chance to come unto Him again, to live in His presence.

And so we are given the incredible gift of Christ Jesus, the unblemished Lamb who was slain. Jesus died that second death that would keep us from God for all eternity. And he conquered death and rose again. He is waiting to take us home. For now, we each have a choice to make. We can either follow Him, or we can choose a different path, but the choice is ours.

“Jesus saith unto him, I am the way, the truth, and the life: no man cometh unto the Father, but by me.” John 14:6
“For God so loved the world that he gave his one and only Son, that whoever believes in him shall not perish but have eternal life. For God did not send his Son into the world to condemn the world, but to save the world through him.

Whoever believes in him is not condemned, but whoever does not believe stands condemned already because he has not believed in the name of God’s one and only Son.

This is the verdict: Light has come into the world, but men loved darkness instead of light because their deeds were evil. Everyone who does evil hates the light, and will not come into the light for fear that his deeds will be exposed.

But whoever lives by the truth comes into the light, so that it may be seen plainly that what he has done has been done through God.”

John 3:16-21
Do you know Jesus Christ as your Lord and Savior? Do you want to know Him? You can come to Jesus as you are, right now, and He will forever change your life. Give your heart to Him and you can trust Him to keep His promise. All you have to do is ask Him to come into your heart and forgive you of your sin.
Tweet
Share1
Pin6
Share
7 Shares 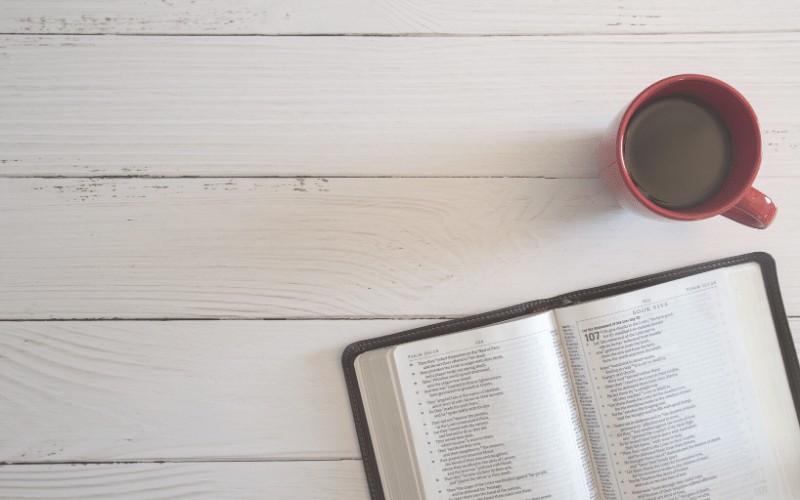 For whatever was written in former days was written for our instruction, that through endurance and through the encouragement of the Scriptures we might have hope. Romans 15:4 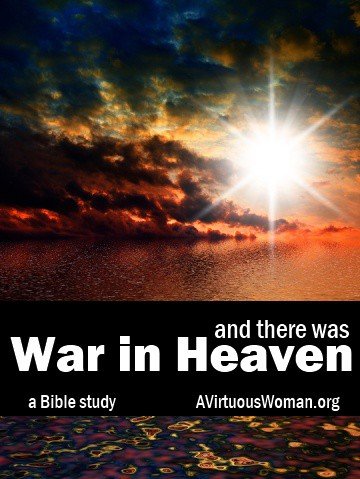 This post may contain affiliate links. You can read my disclosure policy here. Studying God’s Word is a surefire way to have a revival in your heart. I believe that Jesus is coming again very, very soon. Studying prophecy is one way we can be sure our hearts are ready when He does return. The… 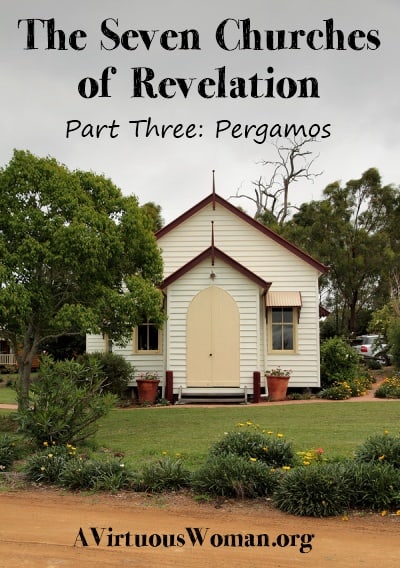 This post may contain affiliate links. You can read my disclosure policy here. Why do we worship God? “Although the fig tree shall not blossom, neither shall fruit be in the vines; the labour of the olive shall fail, and the fields shall yield no meat; the flock shall be cut off from the fold,… 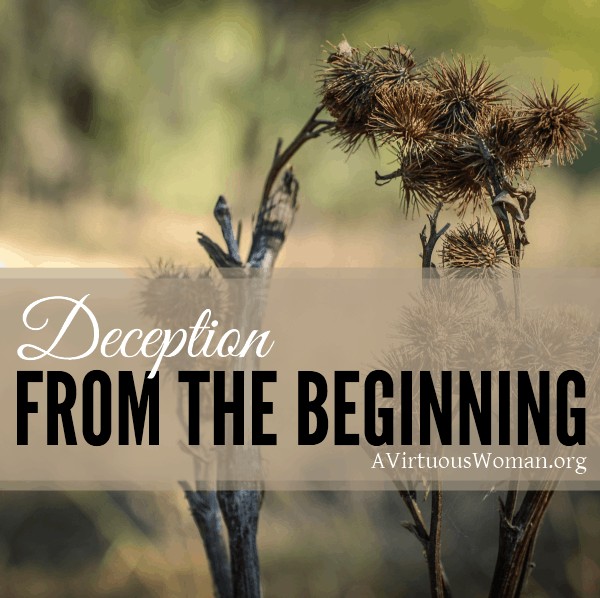 This post may contain affiliate links. You can read my disclosure policy here. If It Were Not So: Deception from the Beginning Ecclesiastes 9:5 “For the living know that they shall die: but the dead know not any thing, neither have they any more a reward; for the memory of them is forgotten.” What happens…