I have been working over the last few months on my food storage. I have been working to rotate our food better and use up foods that are not shelf stable. Our family has always had a rather large pantry with enough food to last us quite a long time. Over the last year I have done a lot of reading, but just never seemed to be able to figure out to know if we have enough food to last 6 months or a year or less? I know, I am really not good with math figures and the answer seemed to elude me. However, the solution to my question is so simple! I don’t know why I didn’t see this before! In fact, one of my favorite websites on food storage has an Excel spreadsheet that you can download for free to help you determine your needs. I just never paid attention to it!

If you have not seen Glenn Beck’s program, I highly suggest you watch it – daily. I have my DVR set to record each episode so that even if I am not able to watch it at 5:00 pm each afternoon, I can catch up later. For instance, this particularly episode, which aired on October 28, 2009, will curl your toes if you pay attention to this quote (italics mine):

We don’t really have an inflation problem right now, but back in the ’70s under Jimmy Carter, for two years we printed too much money. We added 13 percent more money to our money supply for two years. Remember how bad the inflation was? And we started down a socialist utopia with Jimmy Carter.

To stop it, what did we have to do? Fed Chairman Paul Volcker came in and, in an effort to suck all the money back to the Fed and out of the system, he had to raise interest rates.

Remember, the banks have all of this money on the sidelines right now. As soon as they release it into the system, from that time, it usually takes about two years for the money glut to cause inflation.

After printing 13 percent more money for two years, we had runaway inflation of 12 percent. So Volcker raised the interest rate to 20 percent, because whenever you borrow, let’s say, $100, you’ll then owe $20 — the Fed then takes that $20 and destroys it to get it out of the system and bring inflation back down.

So we had to have a 20 percent interest rate for a 13 percent increase in the money supply for two years. In the last year or so since Lehman Brothers failed, we have increased our money supply by 120 percent.

How high will our interest rate have to be to pull all of that money back out of the system?

The reason I bring this up is that our real debt, as I pointed out, is $105 trillion. You and I both know we can’t pay that back, so how do you pull this money back in without completely shutting down the entire economy? Can you afford a house with a 30-year interest of 35 or 40 percent? How about a car payment? How many business loans will be taken out with 25 percent interest rates?

Here’s what I think they’re doing: They will pay off the debt by printing enough money to pay off $105 trillion. It’ll be worthless, but we’ll give the Chinese and the rest of our debtors, their money. And those people that we’ve sold stuff to will come and take their assets.

But then what’s left to restart the country? We have to have something to back our currency. Well, what about gold? There are $200 trillion in investible assets in the world and just $800 billion in gold to back it. So you can’t go back to the gold standard; you need something to buy stuff with — we can’t barter forever.

So, we have to have money and we have to base it on something. Let’s go back to the people who taught us in the last century what we do when there’s an out-of-control money supply: the Weimar Republic in Germany. What did they do? After their currency had become so worthless that they had printed 2 trillion-mark bank notes and their economy collapsed, they dumped the mark, switched to the rentenmark and backed it with real estate — land.

Well, there’s certainly enough land and resources in America that we could back our currency that way as well, but the government would have to own all the land.

Hey, good news! Between Fannie and Freddie, the federal government already owns 55 percent of the mortgages in this country. And coupled with all the federal land grabs for parks, polar bears who are crowded but endangered and all the oil we’re not drilling for or coal we’re not mining, you might be able to base a currency on all that. And what a deal for China when they come in to “help.”

You’ll say: Let us fix it; let the free market fix it. But we’ve already seen those in the government don’t believe in you or the free market. The government is going to say: Let the world fix it. They’re already saying that — and when you watch Friday’s show on global warming, you’ll see how they’re laying the groundwork for this.

Don’t fool yourself. Read history. During the American Revolution and the Civil War, we needed allies: People who would fight and supply money. Our government is making those allies: Russia, China, Venezuela. But don’t you think China would be willing to come over here to protect this government, from its people under those circumstances? For a piece of our oil, coal, mineral reserves and land? And to be part of one, big, happy global family?

So it boils down to this: What if the dollar collapses in the next three, five, eight years? What if, this is the plan? Does it matter?

My goal is to have enough food to last one year and then rotate it so that we always have fresh foods to eat. We have a large family, so my stockpile will reflect that. But regardless of how large your stockpile needs to be, the method is the same!

Make a list of your family’s favorite meals that can be prepared from pantry stable foods. Then, decide how often you want to eat each meal each month. Finally, make a list of the ingredients you need to prepare the meal and multiply this by how many times you want to eat it per month times twelve months.

So, in other words, if you want to eat chili once a month for 12 months you need to have enough dried or canned beans, tomatoes, and seasonings to make a pot of chili. If you want to have cornbread to serve with your chili 12 times a year, you need to have enough cornmeal, flour, baking powder, powdered milk, etc. to make cornbread 12 times during the year. Recipes calling for eggs will need an appropriate substitution assuming that fresh eggs were not available – either powdered eggs or an egg substitute.

Easy! After you make your meal list, you’ll need to make a shopping list. You probably will not be able to buy all of your year’s supply of food at once, but as you plan your meals, set aside extra grocery money each month to build up your food supply. As you use food from your food storage, be sure to make a note to purchase those items on your next shopping trip!

How do you stockpile and are you preparing for a major downturn in the economy? 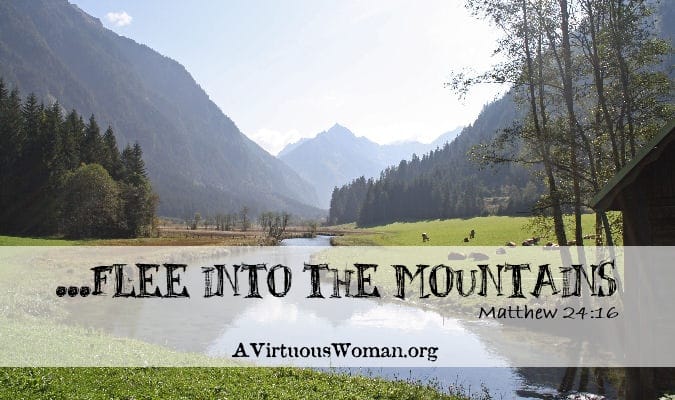 This post may contain affiliate links. You can read my disclosure policy here. “When ye therefore shall see the abomination of desolation, spoken of by Daniel the prophet, stand in the holy place, (whoso readeth, let him understand:)Then let them which be in Judaea flee into the mountains…” Matthew 24:15, 16 KJV. I’ve been giving…

This post may contain affiliate links. You can read my disclosure policy here.I love this time of year. When the weather warms up just enough that you know spring is coming and the itch to dig in the dirt and grow something gets under your skin. In the past I have used yogurt cups, egg… 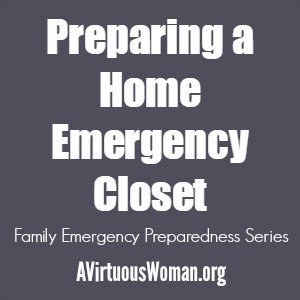 This post may contain affiliate links. You can read my disclosure policy here.I was so proud of my garden last year. For the first time my tomato plants did not get blight and grew so big and beautiful! Some of the plants were five feet tall! I had 17 of them in all. Plus, I… 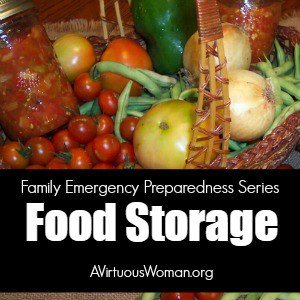 This post may contain affiliate links. You can read my disclosure policy here. {photo credit: Kim Newberg} Family Emergency Preparedness You can read the rest of the article in the Family Emergency Preparedness Series here. Should Christians prepare for an uncertain future? Proverbs 30:24-25 says, “Four things are small on the earth, But they are… 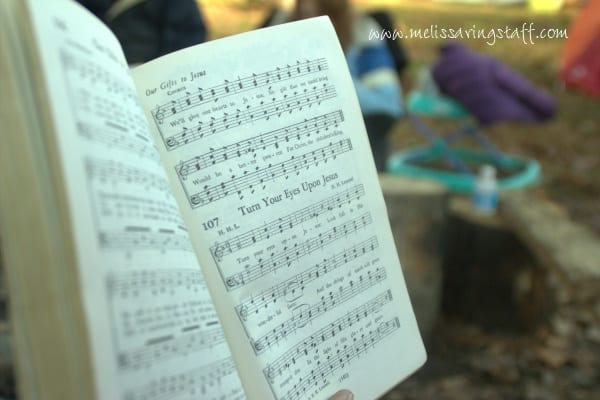