Arguing with your spouse can lead to hurt feelings and resentment if you don’t work on communication and learn to listen well. When tempers flare, it’s important to share how you feel without belittling the other person. Today I’m sharing 15 things to say to calm a fight down.

Did you know it takes two people to have an argument? When your husband says something that irritates you, how do you react? Do you stop and take a deep breath before letting words fly out of your mouth? Or do you spit out the first thought that enters your brain?

Remember: Arguments are not started by the first person to speak. They are started by the second. The words we say can never be unsaid. Choose your words carefully.

“A word aptly spoken is like apples of gold in settings of silver.” Proverbs 25: 11

How a couple ends a fight says a lot about the quality and stability of their relationship. Dr. John Gottman is one of the foremost researchers on marriage.  He calls these fight ending techniques “Repair Attempts” and says the way they are delivered and whether or not they are received well can predict the longevity of the relationship.

The predominant idea in his book, The Seven Principles for Making Marriage Work, really comes down to having good manners. But, there has to be more to it than that if there are so many books on relationships, plenty of years of research, and many couples still getting divorced.

None of the research I’ve seen says that couples should avoid fighting. But researchers mostly concentrate on how couples fight. One thing they agree on is that how they make and receive these “repair attempts” affects whether or not they will stay married.

10 Things to Say to Calm a Fight

Use these repair attempts to calm or diffuse an argument:

Since disagreeing in a relationship is inevitable, what do your repair attempts sound like? Are you willing to receive your husband’s attempts to diffuse the situation? Or are you likely to reject them?

Take a little time to discuss these with your spouse. Talk about which of these attempts might work best for each of you so that they next time you fight,  your partner will know how to best try to diffuse the situation and get you back to openly communicating.

A Surprising Truth About Marriage

In the book, Gottam says:

In the strongest marriages husband and wife share a deep sense of meaning. They don’t just “get along” – they also support each other’s hopes and aspirations and build a sense of purpose into their lives together. That is really what I mean when I talk about honoring and respecting each other. Very often a marriage’s failure to do this is what causes husband and wife to find themselves in endless, useless rounds of argument or to feel isolated and lonely in their marriage. After watching countless video tapes of couples fighting, I can guarantee you that most quarrels are really not about whether the toilet lid is up or down or whose turn it is to take out the trash. There are deeper, hidden issues that fuel these superficial conflicts and make them far more intense and hurtful than they would otherwise be.

Once you understand this, you will be ready to accept one of the most surprising truths about marriage: most marital arguments cannot be resolved. Couples spend year after year trying to change each other’s mind – but it can’t be done. This is because most of their disagreements are rooted in fundamental differences of lifestyle, personality, or values. pg. 27

That was a shocking statement to me! Most marital arguments cannot be resolved. So really the way you communicate, argue, and end a fight boils down to how well you respect one another and value your relationship.

The Gottman Institute has what they call The Four Horsemen of disagreements:

Learning to manage conflict rather than resolving conflict will help you learn to respect each other, embrace your differences, and not tear each other down. You can get a free printable .pdf of the The Four Horseman and Their Antidotes here.

The problem comes when you or your spouse have an ongoing disagreement and out of your frustration you criticize the other persons personality or character. Criticism is more than just complaining about something you aren’t happy about. Criticism attacks the persons character and comes from a place moral superiority.

related: Q & A: When Your Husband is Critical

Later on, as the disagreement pops up over and over again with no resolution, one partner begins to feel contempt for the other person because they can’t see eye to and they have lost respect for their spouse. Now when you disagree, their is verbal contempt, insults, or even abusive words are said.

Because contempt has entered the relationship and there is a loss of respect, the partners begin to feel defensive so even when nothing negative is intended, one partner responds defensively to perceived insults. The partners find themselves arguing more and being highly sensitive.

Stonewalling means that one or both partners withdraw from each other desiring to protect themselves from the contempt, insults, criticism, and lack of respect for each other.

I would highly recommend you read the book, The Seven Principles of Making Marriage Work by John Gottman, PhD.

With more than a million copies sold worldwide, The Seven Principles for Making Marriage Work has revolutionized the way people understand, repair, and strengthen marriages.

John Gottman’s unprecedented study of couples over a period of years has allowed him to observe the habits that can make—and break—a marriage. Here is the culmination of that work: the seven principles that guide couples on a path toward a harmonious and long-lasting relationship. Straightforward yet profound, these principles teach partners new approaches for resolving conflicts, creating new common ground, and achieving greater levels of intimacy.

Gottman offers strategies and resources to help couples collaborate more effectively to resolve any problem, whether dealing with issues related to sex, money, religion, work, family, or anything else.

Packed with new exercises and the latest research out of the esteemed Gottman Institute, this revised edition of The Seven Principles for Making Marriage Work is the definitive guide for anyone who wants their relationship to attain its highest potential.

What Can You Give Your Marriage?

Often as the honeymoon fades and real life sets in, little frustrations can add up to big problems. As the years pass by, a pattern of irritation grows.

Much of the resentment in marriage, I believe, comes from selfishness. Instead of asking, ‘What can I give to my marriage?’ the wife (or husband) says, ‘What am I getting from this marriage?’

So, today and every day from here on out, ask yourself daily, ‘What can I give to my marriage, my husband so that we will live in peace, harmony, and happiness?’

10 Bible Verses for a Happy Marriage

2. Proverbs 15:18 – “A hot-tempered person stirs up conflict, but the one who is patient calms a quarrel.”

4. Proverbs 25:24 – “Better to live on a corner of the roof than share a house with a quarrelsome wife.”

5. Ephesians 5:33 – “However, let each one of you love his wife as himself, and let the wife see that she respects her husband.”

6. Ecclesiastes 4:9 – “Two are better than one, because they have a good return for their labor: If either of them falls down, one can help the other up. But pity anyone who falls and has no one to help them up. Also, if two lie down together, they will keep warm. But how can one keep warm alone?”

7. Ecclesiastes 4:12 – “Though one may be overpowered, two can defend themselves. A cord of three strands is not quickly broken.”

9. Ephesians 4:2-3 – “With all humility and gentleness, with patience, bearing with one another in love, eager to maintain the unity of the Spirit in the bond of peace.”

10. Colossians 3:14 – “And over all these virtues put on love, which binds them all together in perfect unity.”

Communicating well and loving each other despite your disagreements really boils down to respect. Without respect a marriage is bound to end in unhappiness. Whether that means divorce or simply living together in a lonely marriage, respect is key to making your marriage work.

Realizing that you may not resolve all of your disagreements and understanding that you don’t have to agree on every level to show respect and still love the other person. When arguments do happen, using repair attempts to calm a fight will help you communicate better.

How to Get the Printable 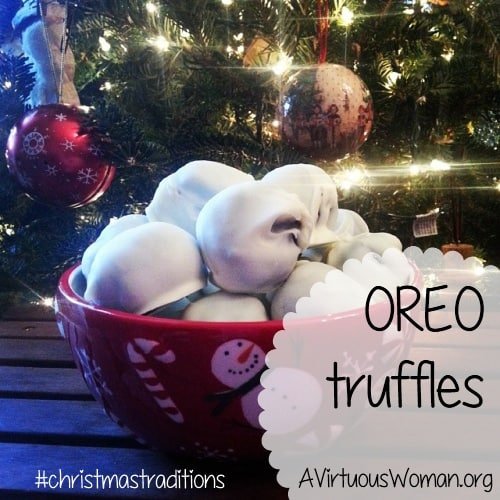 This post may contain affiliate links. You can read my disclosure policy here. Every year I make much the same special treats at Christmas time. Oreo Truffles top the list as one of the favorites among all of my family members. Right up there with Christmas classics like Date Balls and Cheese Crackers. [Tweet “#Oreo… 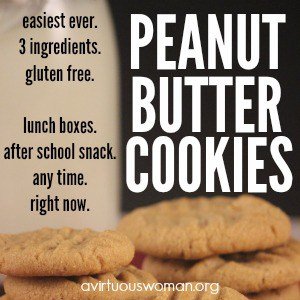 This post may contain affiliate links. You can read my disclosure policy here. Easy 3 Ingredient Peanut Butter Cookies These peanut butter cookies are incredibly easy to make – with just three ingredients! I like to whip these up when I need want something quick to serve my kids. They really are perfect for all… 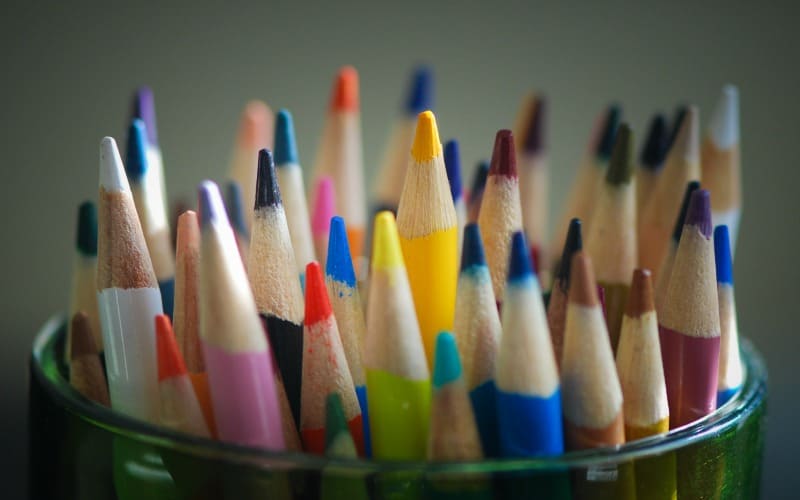 This post may contain affiliate links. You can read my disclosure policy here. Have you ever walked into your homeschool room and thought, what a mess? I’ve been homeschooling my kids since 1998 and I can honestly say that keeping out school stuff neat and organized is a real challenge. I’m not sure I will… 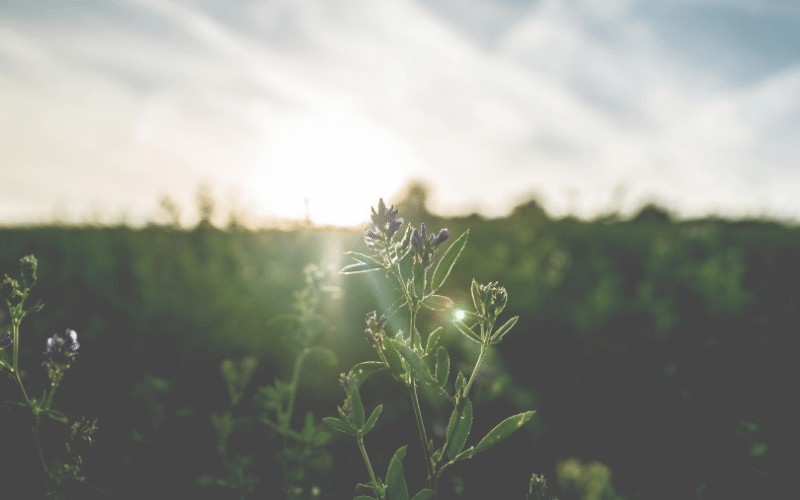 “But he said to me, “My grace is sufficient for you, for my power is made perfect in weakness.” Therefore I will boast all the more gladly about my weaknesses, so that Christ’s power may rest on me.” 2 Corinthians 12:9

This post may contain affiliate links. You can read my disclosure policy here. A healthy self-esteem is so important. In fact, your child’s self-esteem will greatly impact your child for a lifetime and is a determining factor in their happiness and well-being.  How they feel about themselves affects how they act towards others and how much…