In December we went to the farmer’s market and were able to pick up quite a bit of produce for really cheap! I ended up with a bushel of green, red, and orange bell peppers. 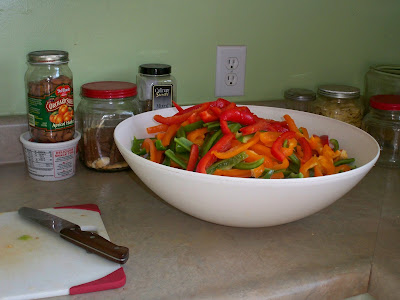 I removed the seeds, stems, and ribs and sliced the peppers into 1/4 strips. 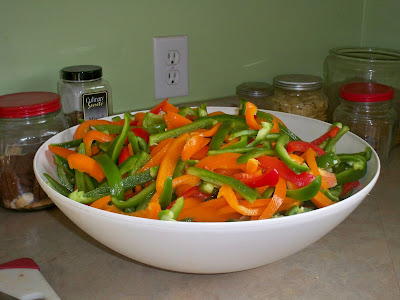 Then I mixed them up in the bowl so I could get an even mixture in the jars. 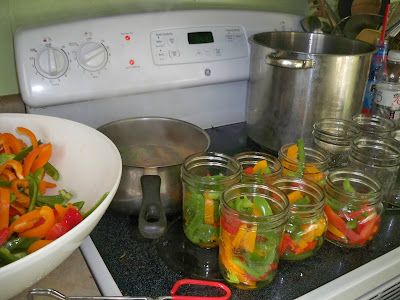 I lined up my jars and put some water on to boil. You should boil the sliced peppers in small batches for two minutes. Then, immediately put the blanched peppers into jars. I like these wide mouth jars for this. I just think they are pretty! 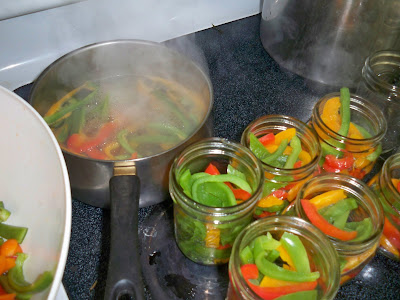 I don’t have a photo of the vinegar mixture, but you cook the spices in the vinegar and sugar for five minutes and then pour it over the peppers. Place lids on jars after wiping rims. Process for 15 minutes in a hot water bath. 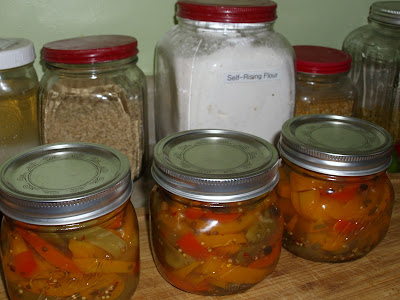 Note: I had a large batch of peppers to do, so I just cut them all up and put them in the pint jars. I needed to double the vinegar mixture for every 5 pints. I made twenty-five pints!
Tweet
Share9
Pin150
Share
159 Shares 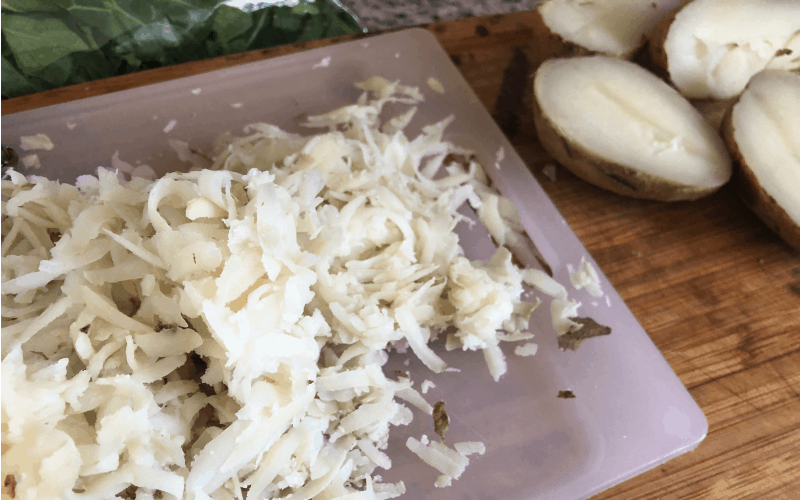 “If you are willing and obedient, you will eat the good things of the land…” Isaiah 1:19

This post may contain affiliate links. You can read my disclosure policy here.** I posted this recipe years ago, and somewhere a long the way, it got lost. A sweet lady emailed me today and asked me about it, so I decided to dig it out and post it again! ** Download the .pdf of… 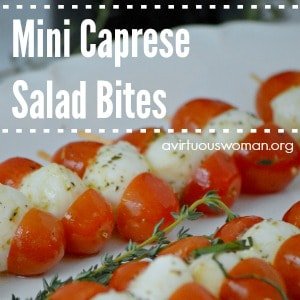 This post may contain affiliate links. You can read my disclosure policy here. This is a light and refreshing dish – perfect for a luncheon, appetizer, or light supper. Mini Caprese Salad Bites Mini Mozzarella balls Cherry Tomatoes Salt Pepper Italian Seasoning EVOO Fresh Basil Season your mozzarella and tomatoes separately with all the ingredients… 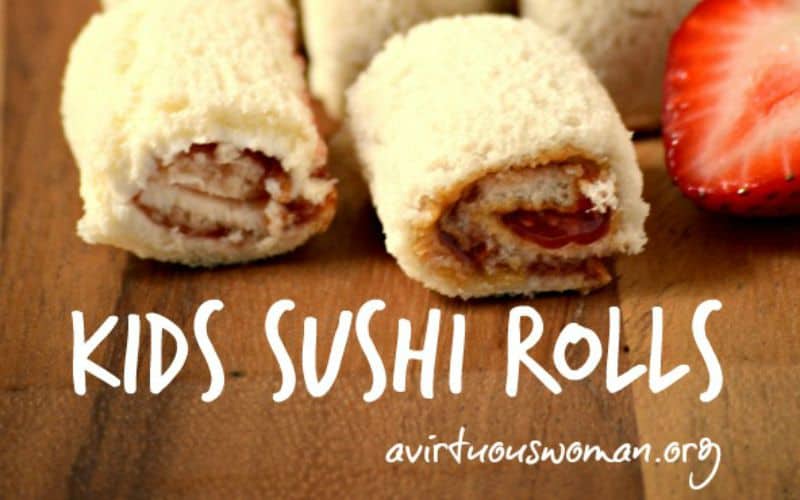 This post may contain affiliate links. You can read my disclosure policy here. These kids friendly “sushi” rolls are easy to make and fun to eat! This is one of those recipes that isn’t really a recipe at all… more like a technique. Serve in a lunch box, as a snack, or take on a… 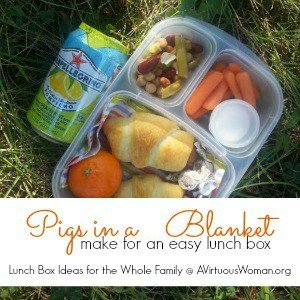 This post may contain affiliate links. You can read my disclosure policy here. Easy Lunch Box You can find all of my easy lunch box ideas here. This was a fun and simple lunch box to put together. Who doesn’t like Pigs in a Blanket? Even my husband wolfed these down. We spend one day…

This post may contain affiliate links. You can read my disclosure policy here.Okay, so I started getting all the produce put up. We bought 6 more bushels of tomatoes. That’s a lot of tomatoes! Plus the bushel of Pablano Peppers! All in all our trip to the Farmer’s Market in Asheville, NC gave me…  7…